Felix Cheung, Founder & CEO
As the world enters the next phase of industrialization and moves toward a sustainable future, it still carries the challenges of the past millennia, where a vast portion of the ever-growing population struggles with inadequate resources and is majorly underfed. The modern-day food technology has a vital role to play in changing this reality, and to that end, the recent developments in the food technology space are suggesting promising prospects.

Currently, it is incomprehensible to think of the various possibilities. What if food products could be shipped and stored at room temperature without refrigeration or preservatives, and for up to two years? This will not only prevent the rampant wastage of food products but could also be the solution that the world needs. One would say that it sounds significantly far-fetched. However, a team of visionary scientists based out of Hong Kong would like to disagree.

The modern packaged food industry has become a huge market that is primarily driven by the changing lifestyles and increased consumption of convenience foods among the masses. Amid the challenges of maintaining the consumption quality and safety of its products, the packaged food industry is constantly faced with concerns about wastage and adverse health effects. However, recently profound research on this subject by the team of food scientists from Hong Kong has revealed that the key to maintaining the quality of the packaged food component lies in its sterilization process.

After a comprehensive study on different kinds of bacteria and how they affect packaged foods, the team of food scientists, engineers, and packaging specialists developed a revolutionary, patent-pending technology called Advanced Sous-Vide Aseptic Packaging (ASAP) that can sterilize food products at gentle temperatures, yet retain the quality, taste, and texture of the packaged produce. This marked the foundation of IXON Food Technology.

Felix Cheung, founder and CEO of IXON, says, “Our ASAP technology enables the sterilization of meat, seafood, and vegetables at low temperatures—60 to 80 degrees Celsius—thus allowing food manufacturers to create shelf-stable packaged food with unprecedented taste, organoleptic qualities, as well as exceptional nutritional value.” With a shelf life of about two years, the ASAP technology allows the packaged food component to be stored or shipped at room temperature without any refrigeration.

Traditionally, in the retort sterilization process, the food is heated to 121 degrees for 40 minutes to kill all the heat resistant microorganisms, including the Clostridium botulinum spores, but it renders the solid food component tough, dry, and tasteless. The ASAP technology is unique in that it treats the different components of the packaged food, namely package, solid, and liquid, using different methods as opposed to pressurized heat being applied to all components.
To sterilize the packaging, peroxide or peracetic acid is used. For the liquid component, the regular retort method is used, but for solid components, only the surface or exterior of the food is sterilized with higher temperatures while the interior remains at sous-vide temperatures. Finally, all the food components are combined in an aseptic environment and stabilized at 60-80 degrees Celsius for 40 minutes, rivaling the taste of traditionally cooked meals.

In a recent survey conducted by IXON, prior to the taste test, about 50 percent of the participants were skeptical of ASAP products at first impression. However, after a briefing session explaining the working principles behind ASAP technology, only 13 percent of the participants held onto their opinion on ASAP food products. The participants were then served ASAP sirloin steak and pork chops. The results turned out to be astounding as the steak received an average score of 9.1, 8.3, and 8.1 for appearance, taste, and texture, respectively, while the pork chops received an average score of 8.8, 9.0, and 8.5. After the taste test, none of the participants had any doubts about the ASAP products, registering a 100 percent vote of confidence. The survey also showed that extended storage, convenience, and taste were the top three reasons that propelled consumers to choose or buy ASAP products.

The ASAP technology is poised to revolutionize the food industry and improve lives in multiple different ways. On the farm side, meat producers can use ASAP to greatly extend the shelf life of their perishables not only for days or months but years. This translates to reduced food wastage, improved food safety, and greater reach into new markets. ASAP helps food manufacturers save cost and energy by eliminating the need for refrigeration or cold chain logistics. The technology could be a significant driver in preserving food in supermarkets and airlines. And due to the absence of frozen food components, the food can be heated immediately.

For food manufacturers, the strategies for making shelf-stable food are no longer limited to canning or freeze-drying. Food manufacturers today can use ASAP technology to preserve medium-rare sous-vide steak, pork chops, and chicken breasts that can be shipped at ambient temperature with uncompromising taste, texture, and quality. It could also revolutionize the unmanned supermarkets as human assistance is not required to check the expiry of fresh food and replace those. With automation taking over the future supermarkets and convenience stores, ASAP technology will enable them to sell ‘fresh food’ without being concerned about the expiration date.

On the fork side, consumers can use ASAP products to prepare gourmet dishes in as little as 30 seconds. The cooking process is not only quick and easy but also extremely energy-efficient as they no longer need to defrost the meat or cook the raw state. For catering companies and restaurants, the use of precisely cooked ASAP ingredients would mean shorter preparation time, maximized table turnover, less chance of customers sending the food back, and greater customer satisfaction. For immunocompromised and cancer patients, ASAP-processed food provides a safe, bacteria-free, minimally processed whole-food option that is as appetizing as it is nutritious.
Gaining Traction Internationally

Recently, IXON has been selected by Deloitte as one of the nine startups to participate in their annual Foodtech Accelerator program. The IXON team will spend 15 weeks along with experts from Amadori, one of Italy’s largest poultry producers, and Sealed Air, one of the world’s leading suppliers of fresh food packaging, to validate the patent-pending advanced sous-vide aseptic packaging (ASAP) technology and explore business opportunities in Europe.

Organized in Milan, the Foodtech Accelerator program aims to bring together the world’s best startups and Italy’s leading corporations to boost food innovation. With over 600 startups from 81 countries participating in this year’s program, IXON stands as the only startup from Asia to be selected for the event. “We are thrilled to have the support of Amadori and Sealed Air as meat and food packaging suppliers for the next 15 weeks. Our collaboration is set to mark a new chapter in the history of food innovation,” says Cheung.

Changing Lives Along the Way

The ASAP technology is poised to impact lives not only on the macro- or micro-level but also on the global level. Today, as the world faces a variety of complex challenges, ranging from poverty, malnutrition, and hunger to the energy crisis and climate change, wastage of food comes at the prime of all the reasons for these challenges. On average, humans waste around 40 percent of food during its journey from farm to fork. Moreover, a significant part of energy and water goes to waste in growing, harvesting, and shipping food that was never even consumed. Adapting the ASAP technology can prevent this enormous amount of food wastage and can be used to feed three billion people, which is the global demography of hunger in the current day and also feed the additional population expectancy by 2050.

As a startup, tackling such monumental issues alone can be challenging for IXON. However, according to Cheung, partnering with the right packaging material suppliers, food-processing equipment suppliers, and aseptic packaging companies, and focusing on IXON’s core expertise of scientific innovation, food formulation, and production line design will significantly bring the company closer to its goals.

Moving forward, IXON has charted a promising roadmap as the company is all set to build its first pilot production line of packaged foods and join hands with one of the largest food manufacturers in the world to develop the new generation of food components. “Advancing with a sustainable model, in the future, we plan to produce paper packaging that can endure a septic environment preventing bacteria from entering the packaging. Given that paper is 100 percent recyclable, paper boxes with shelf-stable food inside are also ideal for transportation besides being best for the environment,” concludes Cheung. It’s exciting times ahead!
- Kevin Lobo
March 10, 2020

Description
IXON Food Technology has developed a revolutionary, patent-pending technology called advanced sous-vide aseptic packaging (ASAP) that could sterilize food products at very gentle temperatures. Developed by a team of visionary food scientists, engineers and packaging specialists based in Hong Kong, ASAP food products, unlike frozen food, can be safely stored at room temperature, without refrigeration or preservatives. ASAP products require less water and energy to manufacture, little time to cook, and are healthier and more environmentally friendly. For catering companies and restaurants, the use of precisely cooked ASAP ingredients would mean shorter preparation time, maximized table turnover, less chance of customers sending the food back, and greater customer satisfaction Adapting the ASAP technology can prevent an enormous amount of food wastage and can be used to feed three billion people 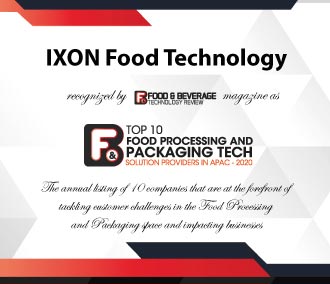 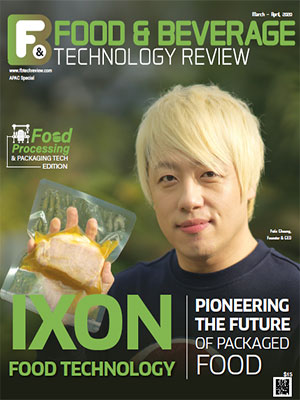 "Given that paper is 100 percent recyclable, paper boxes with shelf-stable food inside are also ideal for transportation besides being best for the environment"